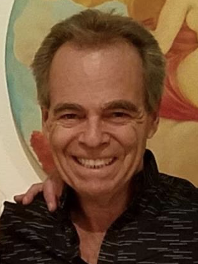 Greg has family roots in Los Angeles from 1912.  He lived in Encino until college and now lives in Calabasas. He has two married sons in their early thirties and visits them in San Francisco and Portland.

He attended UCLA majoring in Communication Studies and USC for law school graduating in 1980. Greg practiced in the business bankruptcy field for 2 years, and then created A.S.K. Financial in 1983. At  A.S.K. he developed software that enabled the firm to mass produce documents and law suits to recover payments due to bankruptcy trustees. A.S.K filed over 20,000 lawsuits in his career.

In 2012 Greg sold his firm, consulted for a few years, and now enjoys his unstructured days. He is an enthusiast of bike riding on dirt trails and roads, tennis, and hiking, volunteer work, reading, travel, classes and lectures, and dining experiences.  Greg supports many causes, most notably AIPAC also known as the American Israel Public Affairs Committee, the Jewish Federation of Los Angeles and of course, Rotary.

He is also co-chair of the First Tuesday committee and on the International Wine Festival.

A fun fact about Greg –

In his early twenties Greg made his living playing backgammon and won the first time he competed in a 256-player tournament. Back then he still had a good memory and sometimes played blindfolded for amusement.