ROTARIAN OF THE WEEK  – BRIAN LINNEKENS – Club Member since 2007 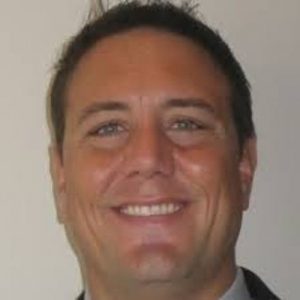 Brian R. Linnekens is the president and principal shareholder of Global Innovation Development, Inc., a real estate development and construction company and has been involved with the planning and construction of multiple apartment, retail and mixed-use projects during his career.  Brian is also the managing partner of Fidelity Law, APC, a law firm specializing in real estate, debt restructuring and ADA compliance.

Brian earned a Bachelor of Science in structural engineering from Swarthmore College and held the position of lead design engineer and field supervisor for a steel design and fabrication company located in northern California, where he was responsible for the design and construction of dozens of steel structures – including several gas station convenience stores here in Los Angeles.  Brian then earned both a J.D. and an MBA from the UCLA School of Law and the Anderson School of Management at UCLA, respectively.  As an attorney, Brian practiced law with Skadden, Arps, Slate, Meagher & Flom for several years where he focused on corporate transactional work, including stock and debt issuance, mergers and acquisitions, corporate inception and restructuring and general business matters.

Brian is a licensed California Real Estate Broker, and also holds a Class B General Contractors license.  He is also a member of numerous community organizations, including being a past Director of the Rotary Club of Santa Monica and past President of the Board of Directors of the Santa Monica Family YMCA.  Brian lives in Pacific Palisades with his wife, Jenna, and his two children, Barron and Ava.  He also has a dog named Nico, two rabbits named Toby and Barcode, and over 100 unnamed fish.