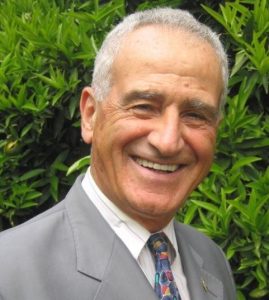 Karim was born in Lebanon and went to work in his father’s real estate company at the age of six, carrying food and water and later pushing wheelbarrows. Educated in Beirut, Brussels, Paris and London he has founded and operated 19 successful companies in eight countries and made his first million by the age of 26 by buying and fixing up distressed businesses and developing mixed-use properties.

Kidnapping in Lebanon was a smooth-running business. When Karim was abducted in 1976 he had no chance to resist. He was walking toward baggage claim in the Beirut airport when four men grabbed him. Quickly and silently, they seized both arms, clamped a hand over his mouth, blindfolded him and deposited him in an auto just outside.

For four days they shuttled him from one camp to another preventing would-be rescuers from locating him. Meanwhile they questioned him continuously, extracting details about his numerous business holdings throughout Lebanon and drawing up papers whereby he signed over ownership to them. These documents may not have stood up in court but Karim never challenged them because his kidnappers threatened that if he did, they would return and kill him and his family.

When they freed him, he had to leave the country with only his passport and the clothes on his back. The kidnappers left him destitute in Lebanon but they didn’t think to ask about his holdings in France, Spain and England where he was employing 310 people.

At the invitation of the royal family of Iran he sold his holdings in Europe and moved to Iran. By the fall of 1978 he was employing 730 people in Tehran. However, in February 1979 the revolution erupted and with direct threats to his life, Karim had to escape from Iran dressed as a woman. He was almost killed when a bomb exploded in his car and also later when an airplane he was in was hit by a rocket and “landed” in a wheat field.

“It’s my personal belief that to be of real value and service to another soul in a time of need is the highest calling for a human being. That’s why for over 40 years, I have committed and never failed to help at least one person every single day. It’s my personal code.”