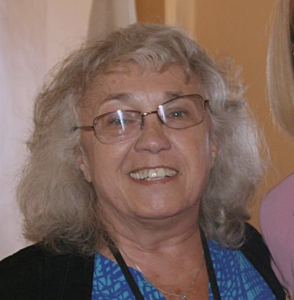 Pam Brady is currently Director of Club Service and will serve on next year’s board as a Vice President.

Professionally, Pam was a Senior Manager, Hospital Systems for the American Cancer Society, overseeing hospital relationships & partnerships in Southern California. Pam has long been involved in the community.  Her father (Gary Leon, Chief of Police at Rand Corporation) raised her (from 6 years old) as a volunteer for the then Boys Club in Santa Monica… BY handing out forks for the pancake breakfast…from there on to one event to another. She believed that is what everyone did for their community. Pam has been very active in many non-profit community, county and state organizations, including Past President of YWCA, YMCA, PAL, both board member for local Baseball league and AYSO, League of Woman Voters, Commissioner on Status of Women, local, district and even the President of the CA State PTA and Los Angeles County Trustee Association.  She was elected and served for twelve years on the SMMUSD Board of Education and eight years as one of the school district’s Personnel Commissioner.

As an elementary child, baton twirling Pam and her dog Boo were the mascots for the SAMOHI Marching band where they marched in several Rose parades. Pam in a past life was a Kiwanian and in the old days when Rotary did not invite woman to be members, her husband was a member of our club. Pam joined the wife’s club called the Rotary Anns…frankly at that time, the Rotary Anns seemed to do most of the work.  Now, as a Rotary member herself, she is proud to see that the club has graduated and that everyone in the club is working together creating a ripple effect that is making a positive difference in our community.