ROTARIAN OF THE WEEK  –  Daniel Bennett, Club Member since 2009 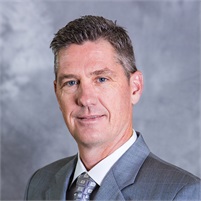 Daniel Bennett was born and raised in the San Diego area, making him a fourth

generation Californian in the family. He graduated from Hilltop High School in 1984

where he lettered in Basketball and Track. He also grew up skiing and remains an avid

Daniel graduated from the University of California, Davis, where he studied history and

economics. He started his career in financial services at Drake Capital Securities in Santa

make a bold move to study finance at the London Business School, where he earned his

In 1995 Daniel moved from London to Lisbon, Portugal where he embarked on a nine-

year career in investment banking, mainly involved in the Spanish and Portuguese stock markets. More importantly, however, it was during this time he met his wife Vanda,

whom he married in 1997 after dating for 8 months, before rushing off to polish his skills

In 2003 Daniel returned to Los Angeles after stints in New York, Lisbon and Madrid to

settle down with Vanda and his two lovely daughters, Zoë and Livia.

to privately held companies in Southern California, with a specialty in pension, profit